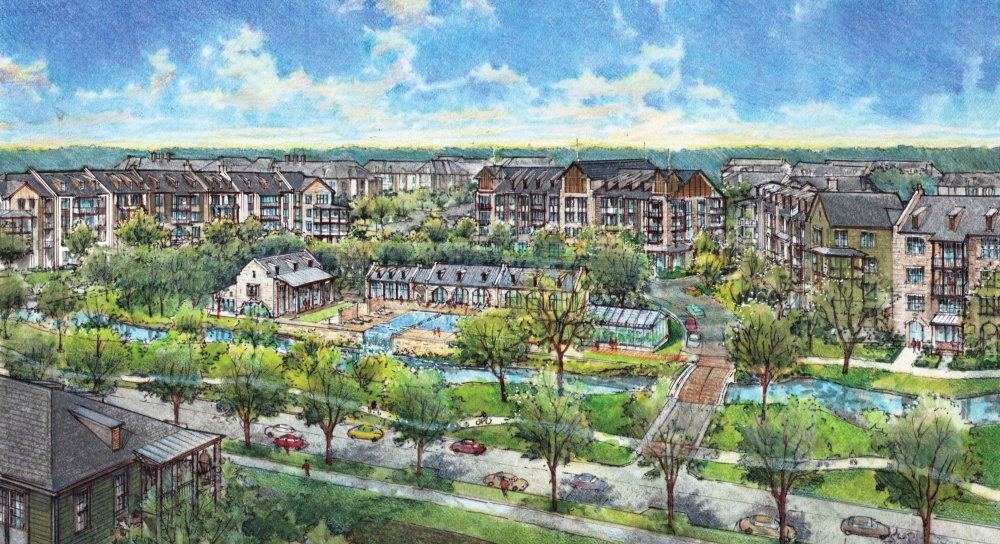 Think “mixed-use” development is only for downtown Austin? Think again! Riverside Resources, a Central Texas development firm, is teaming up with LRK architecture firm, to bring the Presidio project — 100 acres of lofts, offices, shops, restaurants and a hotel — to Cedar Park along Parmer Lane south of RM 1431.

According to the Austin-American Statesman, ground-breaking has begun on the initial 26 acres and “is being designed to bring a more urban, walkable development to Parmer Lane and Cedar Park, with amenities including a trail system, a park, local restaurants and a food trailer court.” And it seems like regional leadership are excited about the development, with the Cedar Park City Council kicking in $413,000 for infrastructure improvements intended to help the developer bring the project online.

Given the growth of the Austin metro area, we expect to see more mixed-use development announcements popping up across the region — especially along the Capital Metro Red Line, which includes stops near The Domain, Lakeline Mall and in Leander, where an Austin Community College campus is in the works. Why? Traffic! The average person in Central Texas lost 42 hours of time to commuting in 2013, and commute times are only expected to increase. Perhaps bringing mixed-use concepts into the suburbs will help move commute times in the right direction.

Want to learn more about mixed-use development in the Austin area, call (512) 484-3440 or drop me a line at LonnyStern@gmail.com.

Published by: Lonny Stern
your friend in Austin real estate since 2006

Thank you for contacting us, we'll get back to you shortly.

Sorry, we are unable to send your message at the moment. Please try again later.

Please provide your name and email

Thank you for contacting us, we'll get back to you shortly.

Sorry, we are unable to send your message at the moment. Please try again later.